From prototype to clinical validation

CorFlow Therapeutics AG is developing a novel therapy that reduces complications resulting from heart attacks. konplan systemhaus AG assisted with the creation of a minimally viable console, supporting all phases, from rapid prototyping to documentation, resulting in successful clinical validation.

CorFlow Therapeutics AG, a medical technology company based in the canton of Zug, Switzerland, has developed a novel therapy for the diagnosis and treatment of microvascular obstruction following a heart attack. This innovative method allows cardiologists to reduce short-term and long-term complications in the respective patients.

To ensure a flawless clinical validation of the first generation of the device which implements this therapy, CorFlow approached konplan systemhaus ag, the Centre of Excellence for Mechatronics.

The Challenges for the Customer:

In order to successfully develop the device precisely according to the customer's needs, konplan captured the requirements for the device in close exchange with CorFlow.

Suitable suppliers and components were evaluated and selected. The prototypes were assembled in-house and proprietary software was specifically developed for the device with the User Interface being developed in two phases.

To allow evaluation of the measurement data for the corresponding clinical reporting, konplan also supported CorFlow with a specific solution to capture the data.

konplan finally ensured that the device development was documented and verified in accordance with the relevant regulatory requirements.

Why was the specific technology used?

To enable a quick and cost-effective use of the device in preclinical, and later, clinical settings, it was necessary to use appropriate components and modules for the application. Therefore, the evaluation of suitable components and their compatibility testing was of great importance.

In order to develop the software rapidly and efficiently, the National Instruments LabView platform was used. The resulting software solution collects the data streams from the various components and visualizes the measured values and the treatment process to the user.

What were the challenges in the implementation?

One of the biggest challenges was to process and reproduce the high-frequency data streams received from the various components correctly and in real-time. This was necessary to provide the operator with reliable data during treatment and to provide the maximum data density of the recorded values for evaluation within the clinical trial.

Added value for the customer

CorFlow had one single point of contact for the conception, development, assembly, and verification of the prototype and could obtain everything from konplan as a single-source supplier.

After successful verification, konplan subsequently built and delivered a batch of devices to support the upcoming validation in multicentric international clinical trials.

konplan was able to react flexibly to CorFlow's changing requirements – from the conception and development to the delivery of the devices. Experts at all levels were always available to CorFlow throughout the whole process.

Your Centre of Excellence for Mechatronics

Do you have a project would you like to implement? Whether it involves design, hardware/software development or highly complex trial and verification procedures – konplan systemhaus AG offers you the entire technical spectrum. Benefit from the broad know-how of the Competence Centre for Mechatronics. 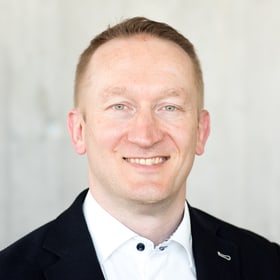